The History:
In May last year I was offered a genuine Shizuoka-approved ATC by Mike "Steamwise" who lives nearby. He'd probably concluded that it wasn't worth the ballache involved in setting it up on his Shizuoka AN-S. Naturally I couldn't prevent myself loading it up into my car and further cluttering up my already-chocka workshop. Given the insufficiency of spare I/O on the Acorn installation used on my own Shizuoka AN-SB, it has been sitting there ever since. True enough, I actually connected it up on the bench and managed to make it function in manual mode but that's as far as it was going to go until I was able to find a way around the IO famine.

As seen last weekend, Acorn have now released their eagerly-awaited expansion board (ETHER1616) that provides an additional 16 inputs and 16 outputs per board (with a potential of at least 3 boards per system). On the face of it, that should do the trick, not least as there seem to be some ATC functions available from the Acorn website and forum. Sounds simple enough?

Stocktaking:
Yes, it seems simple enough. Or perhaps too simple for The Stupid Fat Bloke who always makes a point of getting involved in stuff like this?

Fact is, the ATC unit is f*cking massive and heavy. And as it is, the main machine itself already weighs around 3 tonnes and is at the limit of what I can move. Given that I plan to move house and workshop next year (if plans go smoothly), bolting loads of heavy scrap to it doesn't seem the clever thing to do. This anxiety is tempered by the fact that we actually built the workshop after said machine had been moved onto its concrete pad. I haven't weighed it but I think we are talking over 50kg on a good day, probably more by the time the cover / door is refitted and the tool chain is refitted.

I had a close look at the thing back when I first got it in the workshop, so I have a fair idea what I am looking at. Here's a recap: 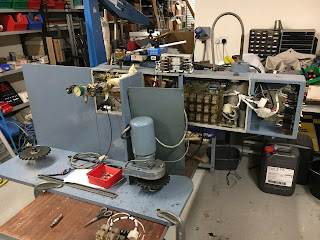 Solenoid block to control the large piston that moves the claw, as well as actually opening and closing said claw. 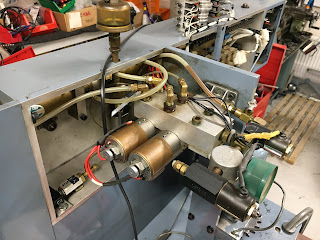 It's all done with relays and a series of cams that triger an impressive array of microswitches (top left of the photo below): 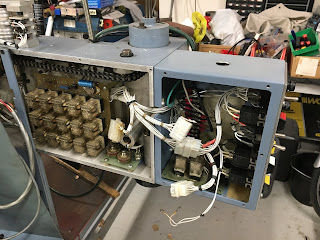 Nice old front plate. This shows it is one of the very first models. Later ones didn't mention Fadal. 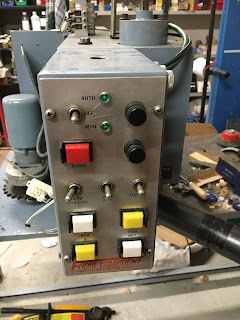 This is the face that bolts to the side of the machine. 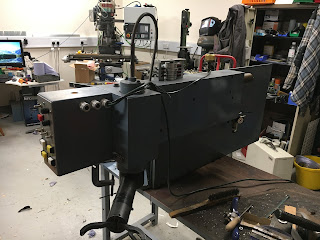 By default, the claw sits next to the spindle nose. When open, it clears the quill (just!). 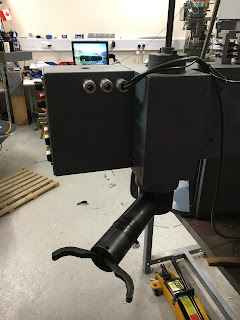 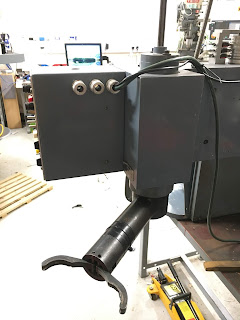 This is the side it bolts to. You have to mark out the bolt positions yourself but of course I have no drawing to work from. 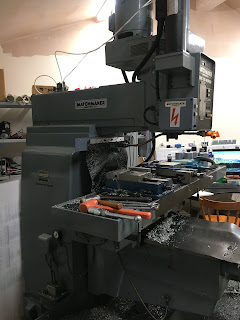 I've wired it up for bench testing again, so I can get a feel for how it works. Requires 24V for the various relays, solenoids etc and 110Vac for the turret motor. And a compressed air supply for the pneumatics. 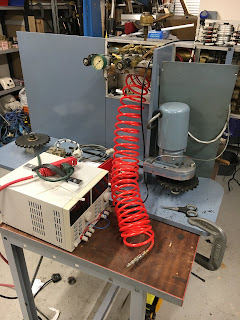 
And what are you thinking, Fatty?
Well...
Before going Over The Top, I need to investigate further. How do all those little microswitches and relays get involved in the movement? Am I missing something?

Time to flash it up and look closer. If I can avoid disembowelling myself, I may learn something helpful.....
at 14 December

WTF? What's with all the acronyms, fatty? I have had the Fadal ATC (auto tool changer) at the back of my mind for some time now, since ... 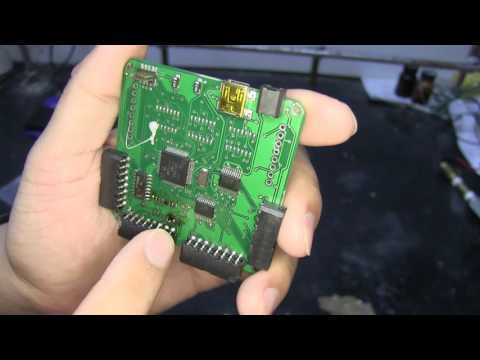