Although I'm not quite ready to integrate my X and Z linear encoders with my LinuxCNC system, I have the 7i85 board already. I 'll need that to support the extra encoders above the single instance that the 7i76 supports. generally that's going to be used for the spindle encoder that you'll want if you want to measure actual spindle speed and the all-important rigid tapping.

Here's an overview of some of the Mesa cards.

The 7i85 is a "dumb" card ie it has no FPGA onboard, so doesn't require reflashing to set up the various IO. Instead, the 5i25 within the PC needs to be told to expect a 7i85 to appear on the end of the 25 way parallel cable.

The default firmware provided in the 5i25 when they ship it is configured for 1 or 2 of the 7i76 daughterboards. So I need to change the firmware within the 5i25. There's a bitfile for a 7i76 / 7i85 pairing, so the process is like this:

You must power cycle the hardware or use the --reload command to load a new firmware.
That worked and the 7i76 config remained intact - TFFT!
at 24 February 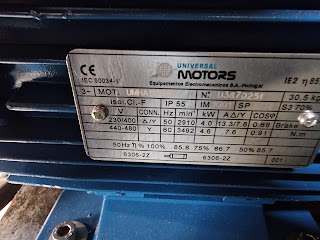